Diary of a Lagos Boy: Another Fathers’ Day

I had a father, and he was perfect!

My dad was a soldier’s soldier. I can fondly recall those growing-up days when I would sit for what seemed like hours watching him shine his black army boots and iron his stiffly-starched uniforms. I later graduated from just watching him, to the one who polished the boots, washed the uniforms, starched them and as well iron them. A responsibility I executed with pride – you’re free to envy me.

The memories I shared with my father are flooding in right now. If I were to write everything now, it would not fit in in a single post but like every teenager growing up, I was rebellious at some point. Nobody could tell me what to do or what not to do but dad kept his cool, he was there for me – I mean, he never lifted a finger at me.

Since my dad passed, my sisters and I still crack jokes about our dad’s antics, his outbursts with mum, where we would all of course side with mum regardless of who was wrong and all.

My father was a great dancer, CHOI!

He danced with ease, especially on the days he chose to cook for us, he would cook one of those weird delicacies of his without fire. The food, though somehow – was still tasty.

He would amuse us with stories of his travails at the Liberian and Sudanese wars, which at one point he got a bullet in the leg. It was the warrior’s way of life for him and that would be evident in his career first in the Nigerian Police Force. Many years after retirement from the force, he operated two security companies.

Looking back now I could say that my father was perfect!

Fathers don’t get as much credit as they deserve because most times they are the silent partners in the business of home building, they play an ‘out of your face but imparting your life’ type of role with the upbringing of the child. Time and tide may not have been fair to fathers in the role they played raising their children, but they still soldier on.

For sometimes, “the strongest amongst you may not wear a crown” 3 Doors Down. 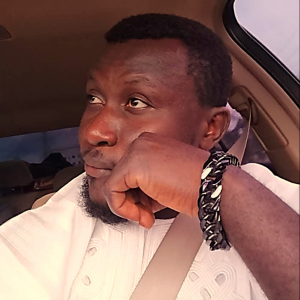 Nice memoir… I am sure your old man would bs smiling… Happy father’s day.

Great write up from a great son of a great Warrior. May His soul rest in Peace. Happy i gat Yo brother. Yo amazing and Love Yo Big. More wins

[…] Catch the previous episode of Diary of a Lagos Boy HERE […]